In one of the harshest environments on the planet the Colla people have roamed and sustained themselves high up the Andes Mountains that separate Chile from Argentina.

Their only source of water comes from the ‘Wakas’, ancient rock glaciers that give birth to rivers in this high alpine terrain. But the advent of what might become the world’s largest gold mine has the Colla concerned about the fate of their wakas.

Where is that Atacama Desert?

My name is Simon Baker and I’ve come to the Atacama Desert in the north of Chile, one of the driest places on our planet. Running along the Andes Mountains and down to the Pacific Coast, some of the world’s largest undeveloped gold and silver deposits lay buried here. Not surprisingly, mining is by far the predominant industry in this part of Chile with numerous multinational mining companies grounding their operations in the regional capital of Copiapo. However, a new Canadian led mining project is what brings me to the Atacama Desert, one that threatens the only source of water for the Colla people, the last nomads of the Andes.

My interpreter, Vladimir Guzman.
“Mine workers union”
Previous Next

My journey begins in Copiapo where I’m heading to meet my interpreter, Vladimir. The town of Copiapo became world famous when a mining disaster nearly claimed the lives of ’33 Miners’. On August 17, 2010 a massive rock fall collapse at the San Jose Mine trapped 33 miners almost a kilometer underground. For the next two weeks no one knew if the miners were dead or alive but on the 17th day of their ordeal, they were found alive setting in motion what became the most ambitious rescue ever attempted on earth. 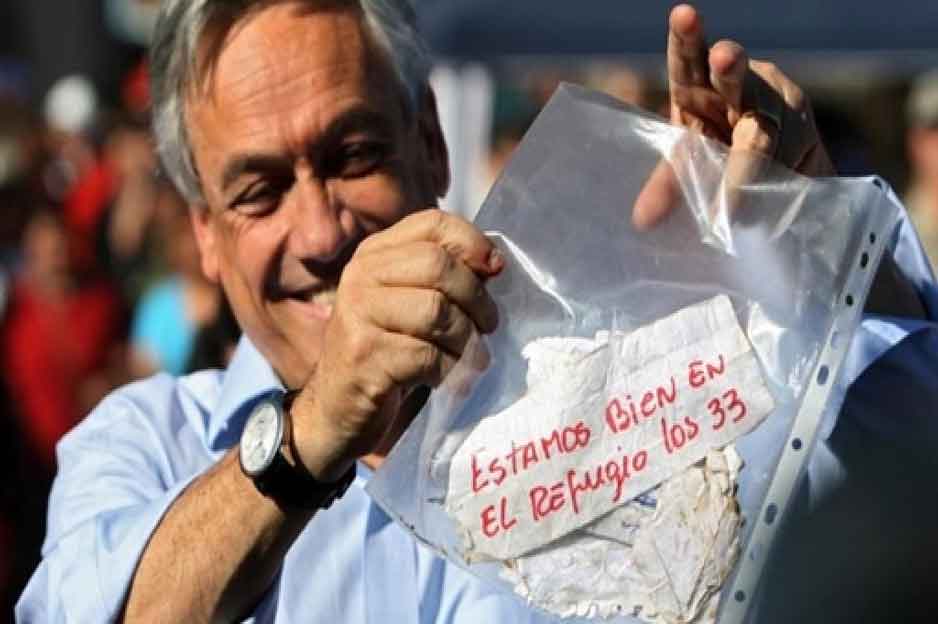 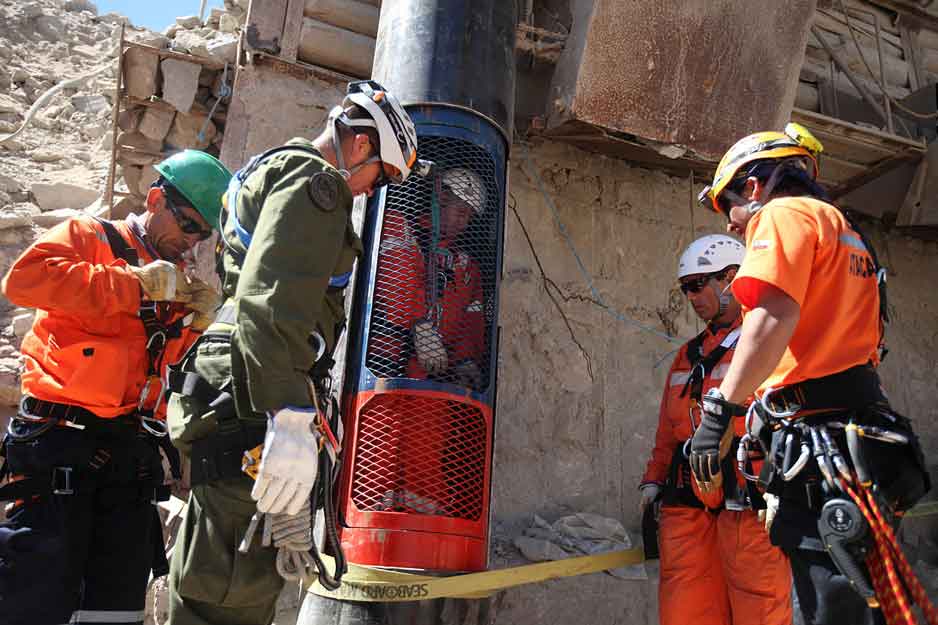 For the next two months, three international teams spent two months drilling holes into the collapsed mountain until a borehole successfully penetrated the refuge where the Miners were surviving. A world record 69 days later, in front of an estimated live audience of 4 billion viewers, all 33 men were brought back to the surface in a rescue capsule aptly called ‘the Phoenix’. 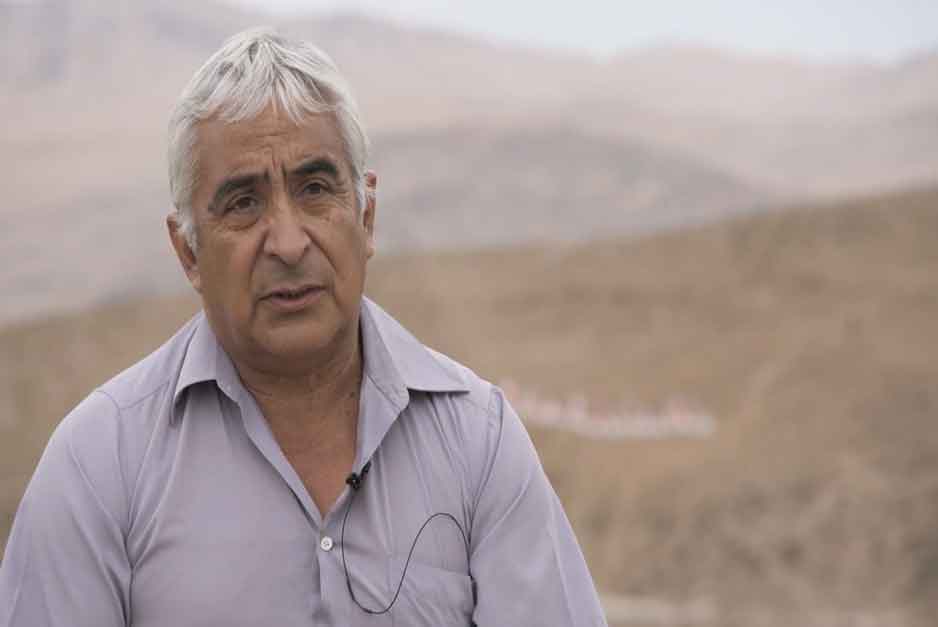 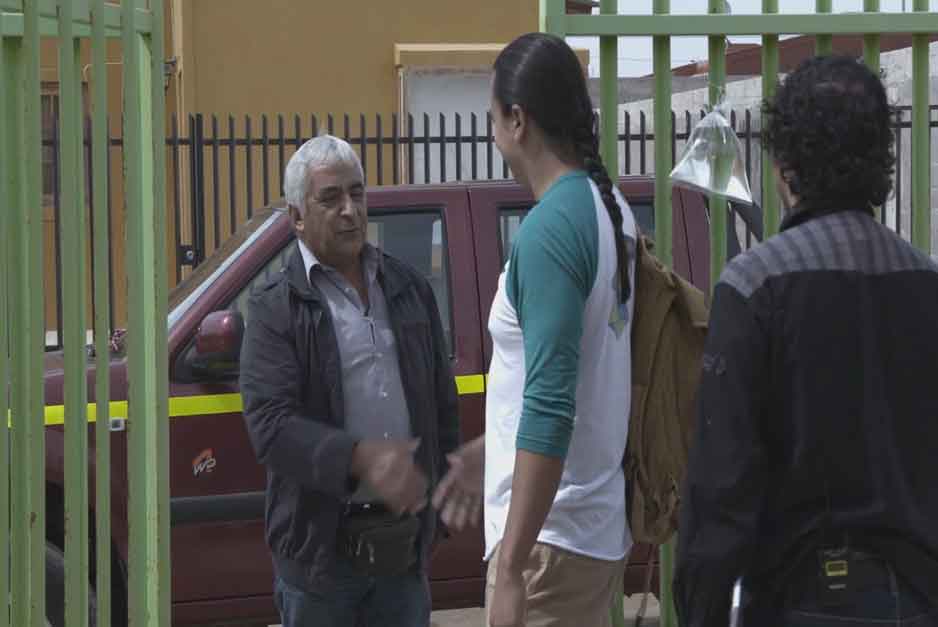 Omar Reygada, One of the 33 Miners. 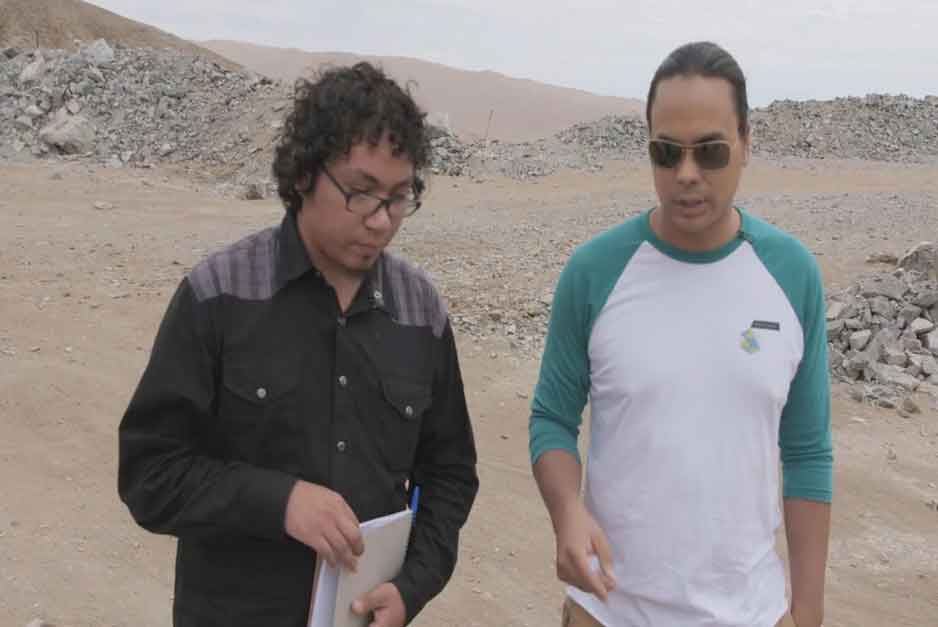 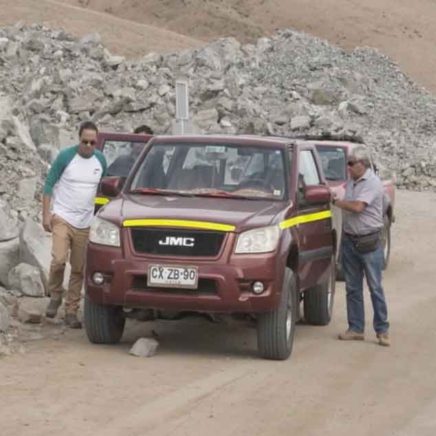 Go with Simon to meet one of the 33 Miners

Before I leave Copiapo and my journey takes me up the Andes to meet the Colla community of Rio Jorquera (the Jorquera River), I’m going to meet Omar Reygade, one of the 33 Miners who still lives in Copiapo with his family. Omar has offered to take me back to the now abandoned San Jose mine to share the story of his almost unimaginable ordeal.

However, a more recent disaster has re-focused international attention again on Copiapo, the surrounding Atacama Desert and the impact mining has on this region. Over a 24-hour period in March 2015, more rain fell on the Atacama Desert than it typically sees in years. The sudden deluge of precipitation caused flash floods throughout the region, sending walls of water and mud down from from the Andes. 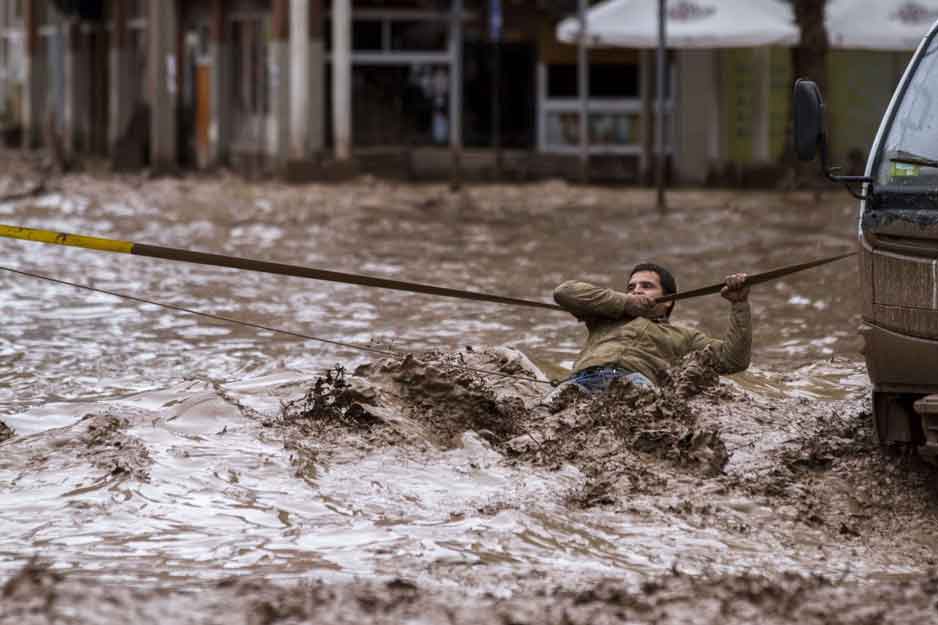 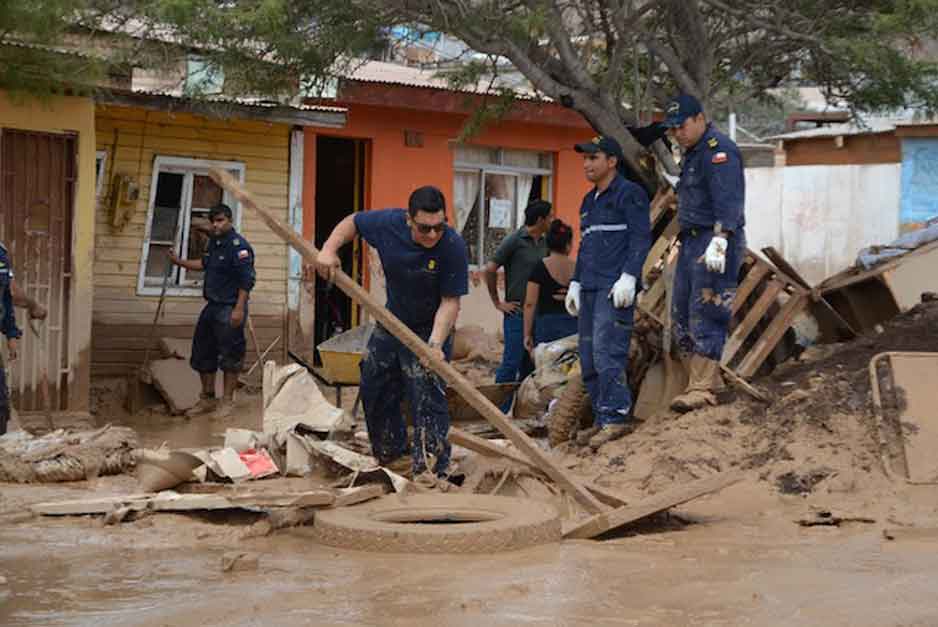 Near Copiapo, the flooding triggered the collapse of mining waste pits in the surrounding hills releasing a torrent of toxic sludge that cascaded down the valley and into the town. It was one of most devastating natural disasters in the history of the Atacama region killing 26 people and destroying over 30,000 homes.

The toxic sludge that washed down from the surrounding mining waste pools devastated this region’s water supply. 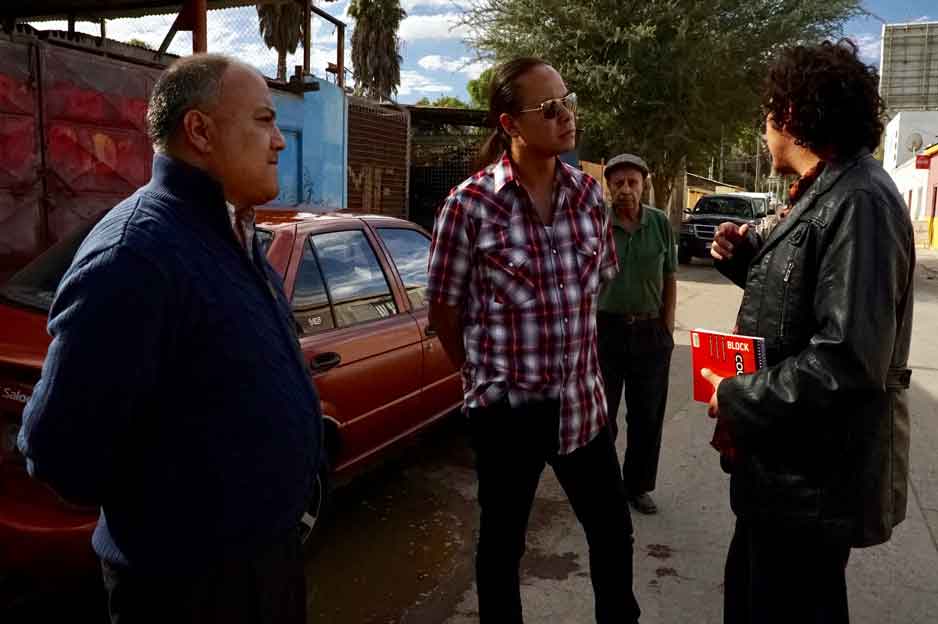 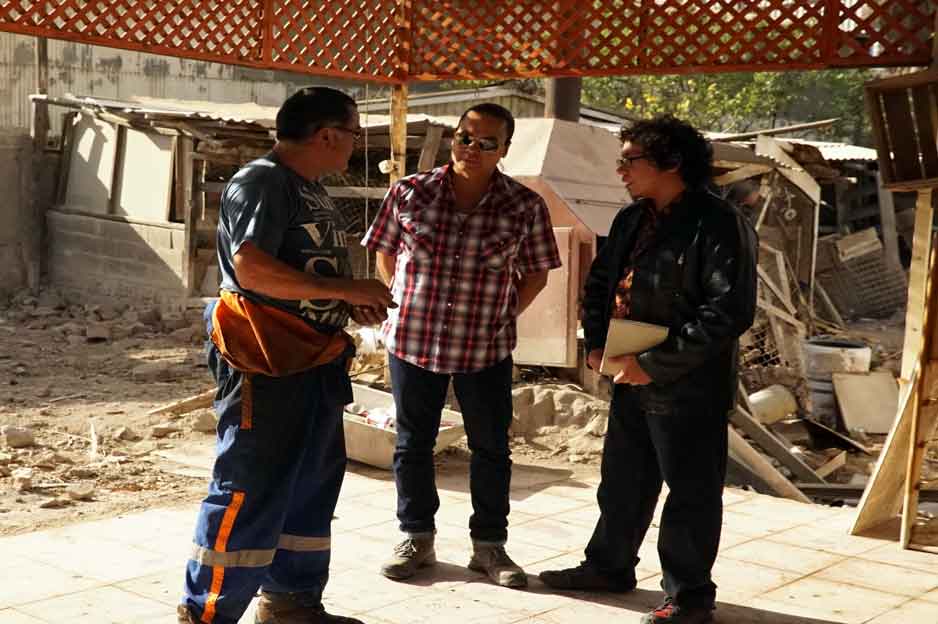 A neighborhood devastated by the flood. 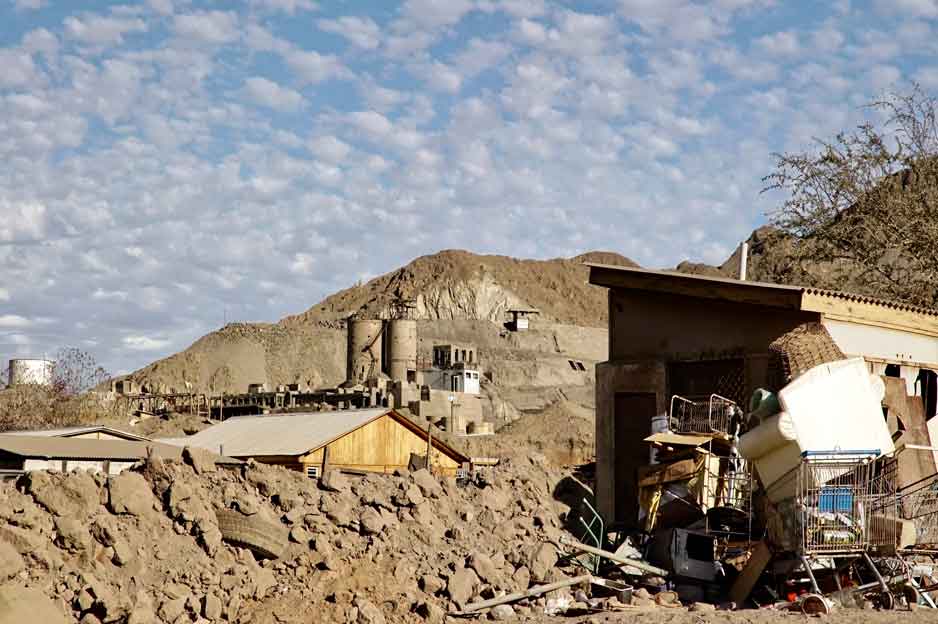 My translator Vladimir and his family were personally affected by the disaster so before I head up the Andes, he’s taking me to his old neighborhood to experience first hand how the flood damaged homes and families.

The water started coming from the mountains, from up the valley. It was 4AM so we were all sleeping. 70% of the city was damaged by the flood. It wasn’t only mud; it also dragged chemicals so people were affected by mining waste.– Vladimir Guzman, Translator

Simon is visiting from the floods affected neighborhoods.

In the Atacama Desert, human, mining, and agricultural interests all compete for water in one of the driest places on Earth.

Miguel Vargas is the Governor of the Atacama Region and the top Federal politician in Copiapo. As the elected leader of one of the most arid places on the planet, water issues predictably dominate his agenda so I’ve come to speak with him about this regions’ complex relationship between water and mining. 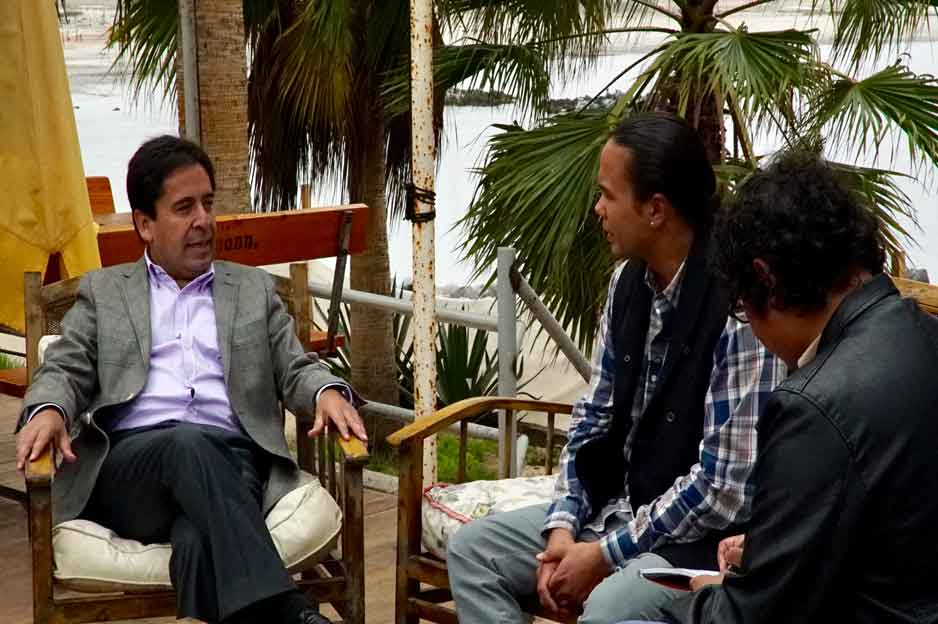 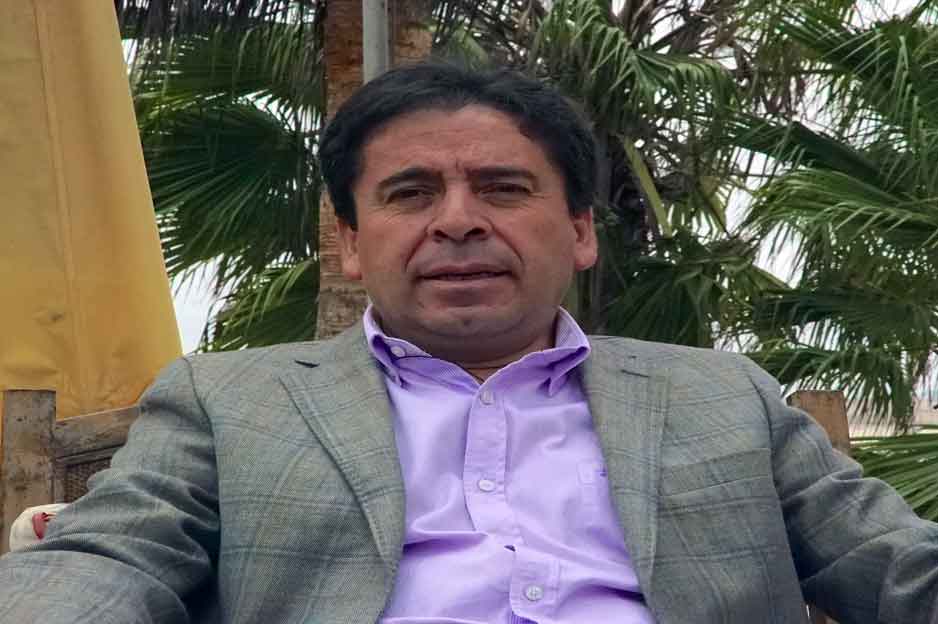 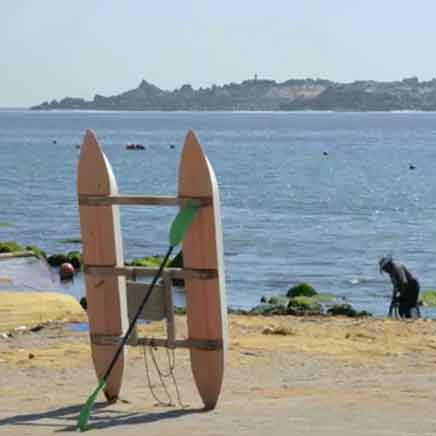 See how fisherman mine the ocean for seaweed

With the Colla community of Rio Jorquera living under the shadow of a massive new mining project, their leaders are standing up to defend their ‘wakas’, high Andean glaciers that give birth to rivers, their only source of water on their territory. I want to ask Governor Miguel about his government’s relationship with Chile’s indigenous people and their process for achieving indigenous consent.

We in government believe that mining is perfectly compatible with respecting our environmental laws. We have been respectful with our indigenous consultation process, particularly for private investment purposes. – Miguel Vargas, Governor, Atacama Region, Chile

Simon meets Miguel Vargas, the Governor of the Atacama Region.