The western terminus for the proposed Northern Gateway Pipeline and much of the inland sea route that super tankers would follow lies directly in the traditional territory of the Haisla Nation. Located on BC’s north coast and centered on the community of Kitamaat Village, although many indigenous nations along the pipeline’s path could be affected by a spill, few stand to lose more than the Haisla Nation. I’ve come to the Haisla Nation to meet with their youth, Elders and leaders who want to share their concerns and show me what it is they’re trying to protect. 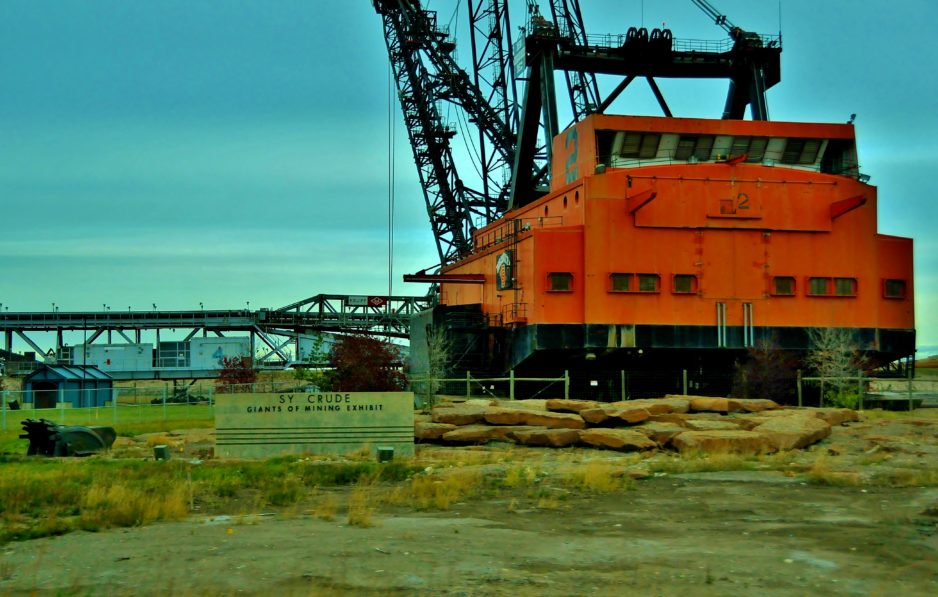 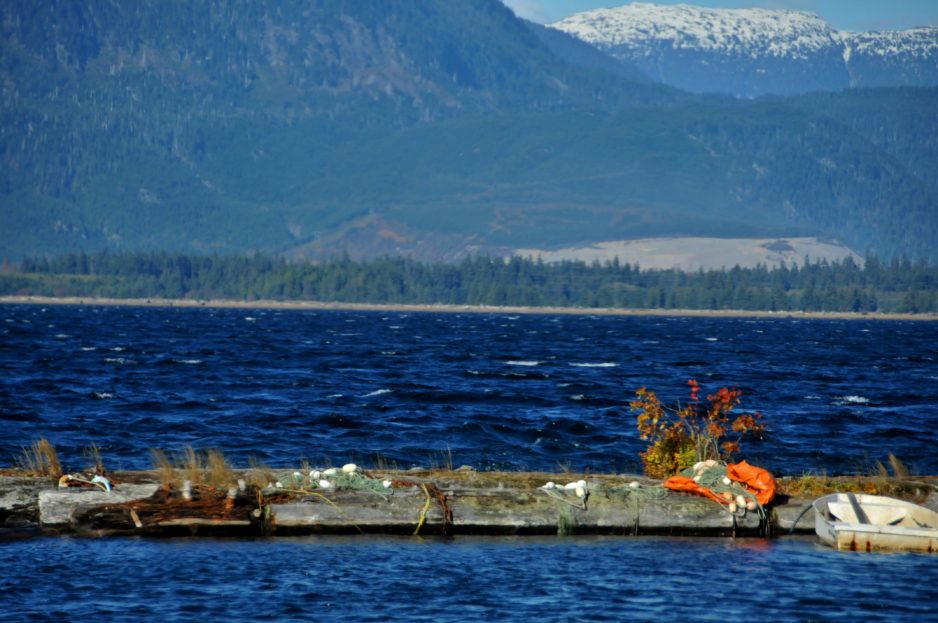 The Douglas Channel is situated along the Haisla Nation and has forever been the breadbasket of the Haisla people. As the end of the line for the proposed Northern Gateway pipeline, and the gateway for supertankers enroute to open seas, many people here worry about the safety and sustainability of their traditional food source. While pipeline proponents have tried to mitigate the potential for accidents, the possibility of a pipeline breach or supertanker spill can never be ruled out.

The issue is really the entrances to the channel. In that respect we’re pretty much ground zero when it comes to the impact that will come with the development. I don’t think the coast is ready for that type of an impact 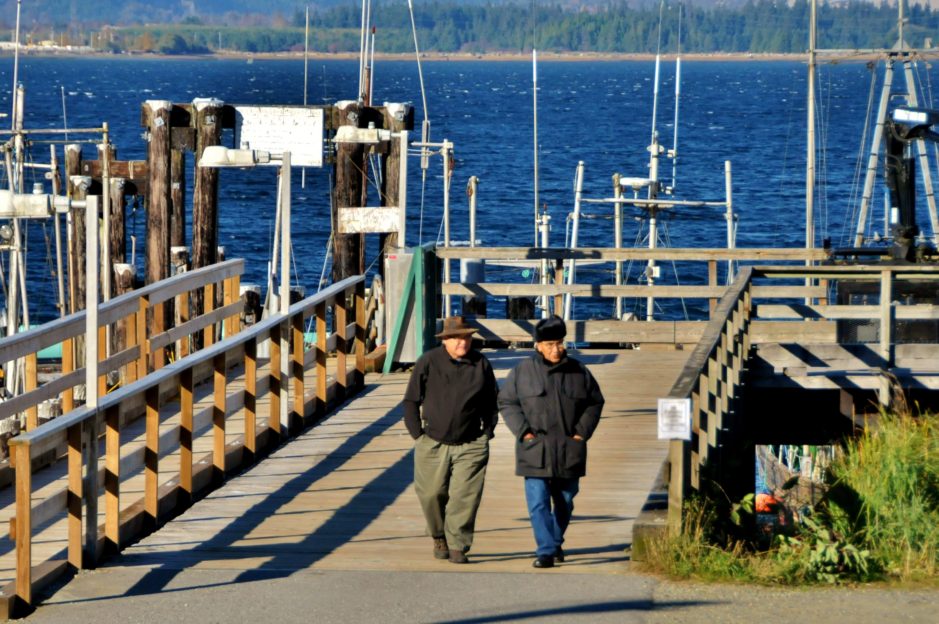 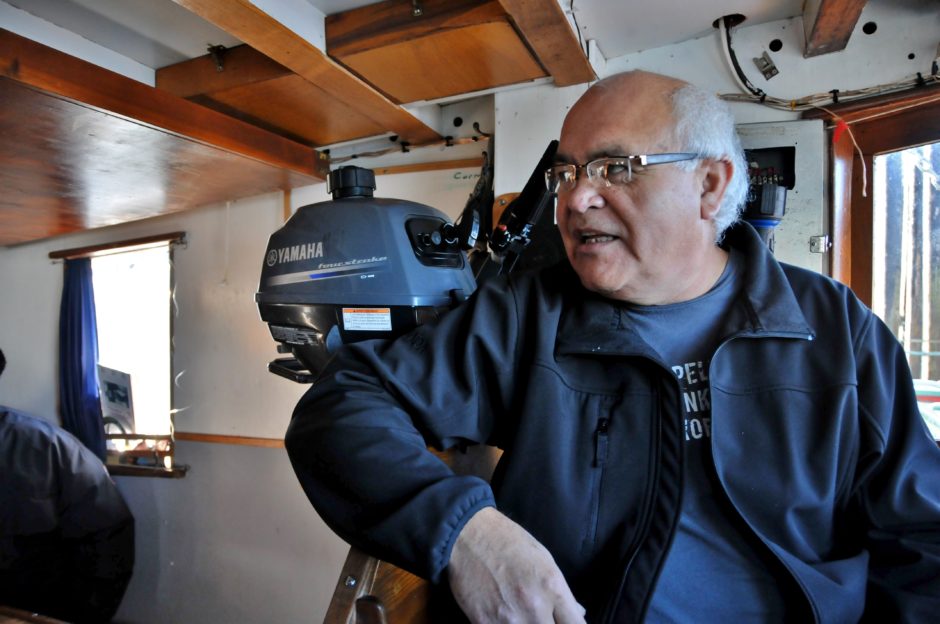 When I was 10 they took me to residential school 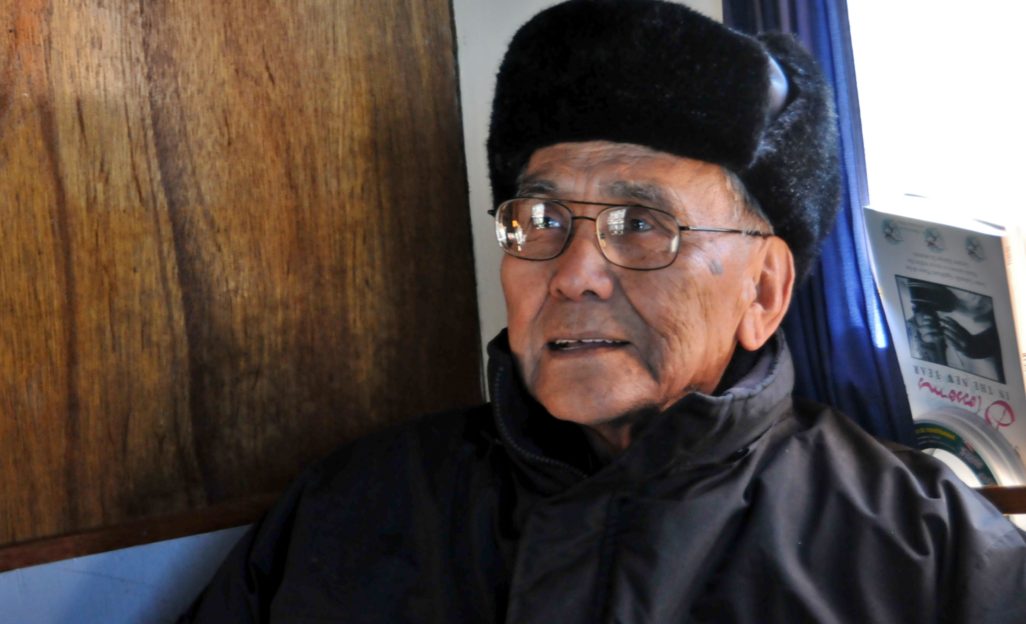 Gerald Amos is a former Chief Councillor of the Haisla Nation who has championed environmental and cultural preservation causes for over thirty years.  Along with Elder Cecil Paul, both men have fished and travelled the Douglas Channel for most of their lives.  They are adamantly opposed to the Northern Gateway project and have offered to take me out into the Douglas Channel to show me the route the supertankers would follow. 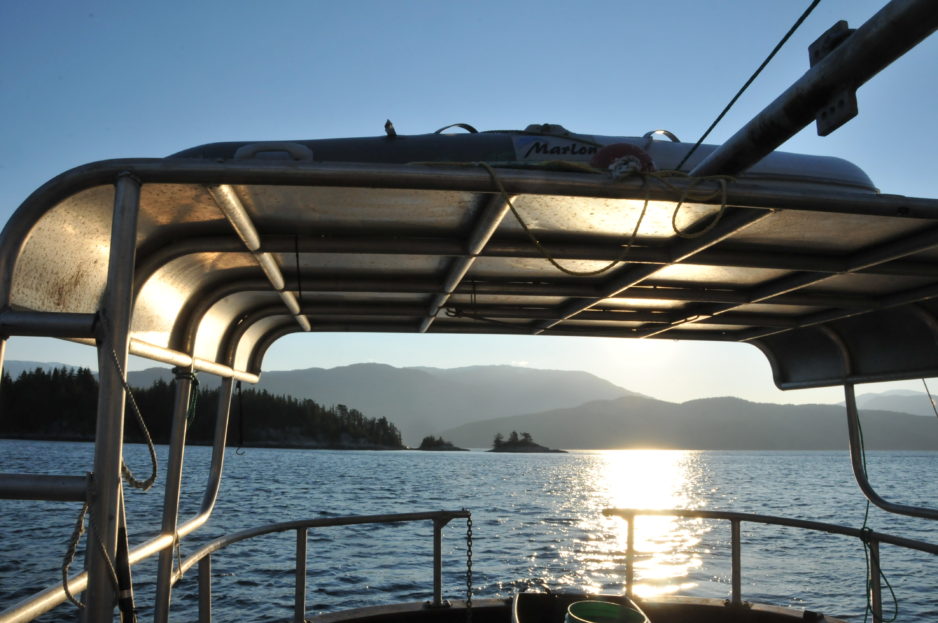 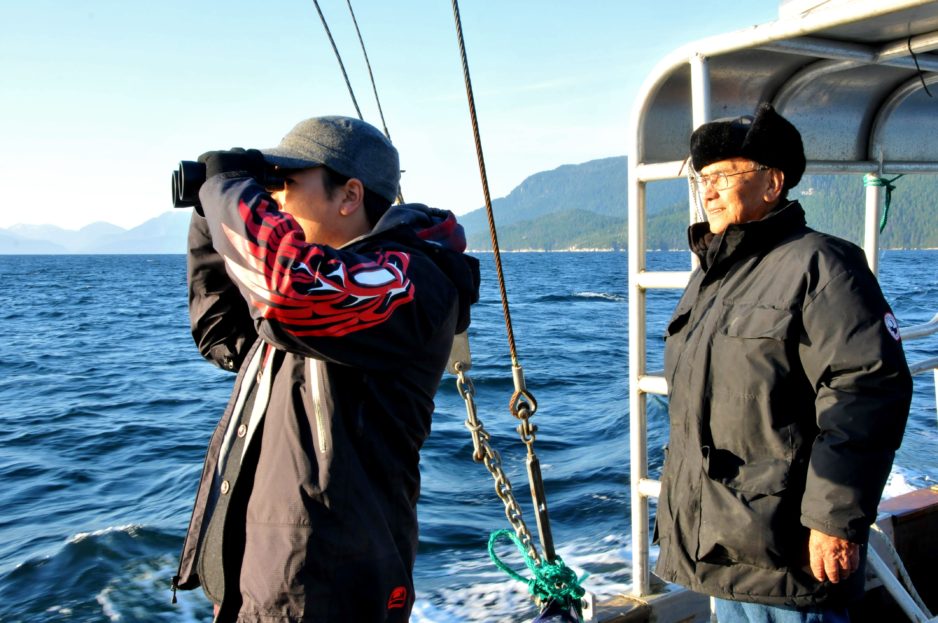 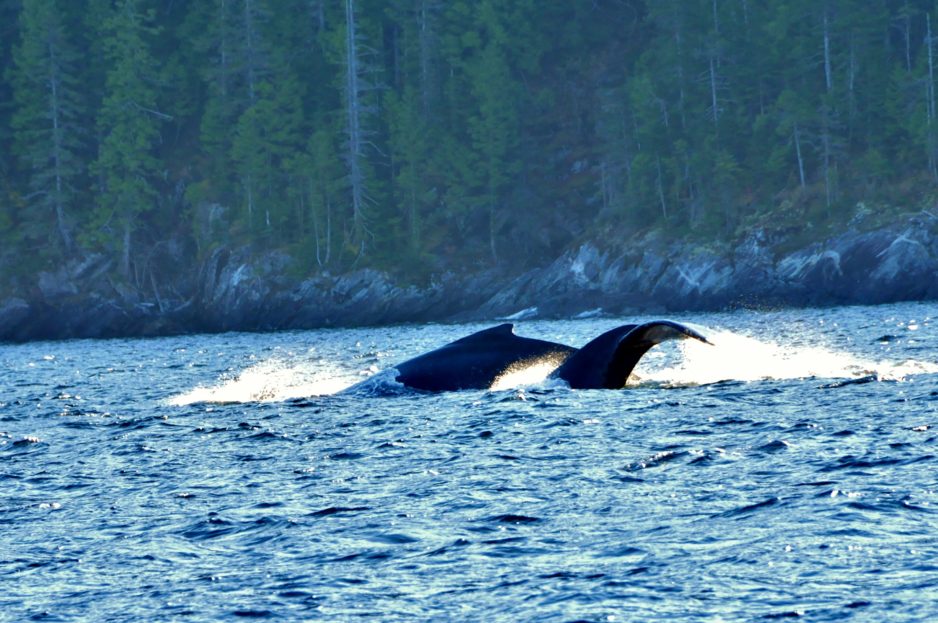 Cassidy Bolton is a Haisla youth leader who lives in Kitamaat Village. Like many in her community, she worries about the threats the pipeline proposed would pose on the Douglas Channel and their traditional food source. However, Cassidy sees an equal risk to her culture and the future their youth will inherit. 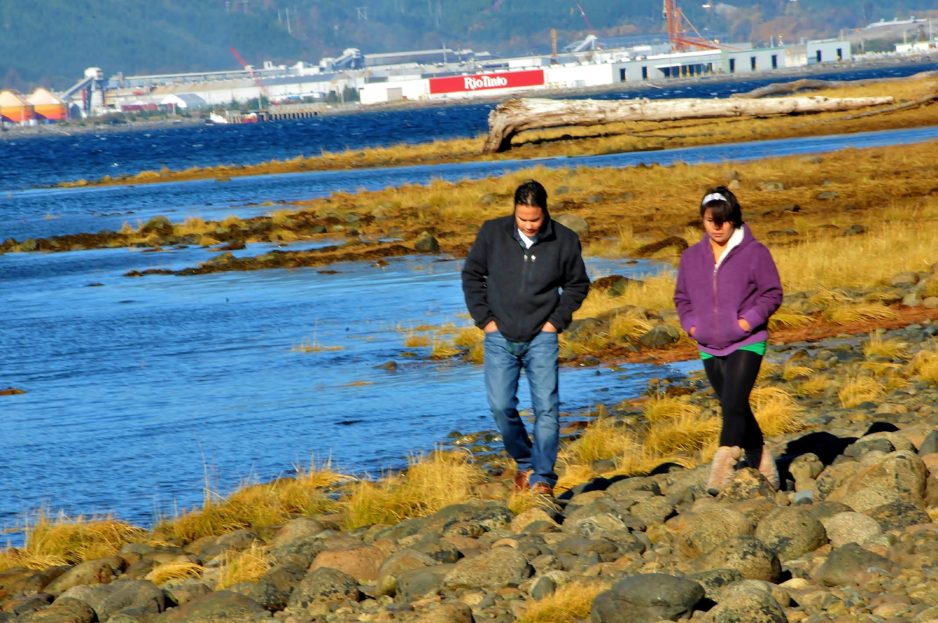 Here you get a sense of who you are, where you come from 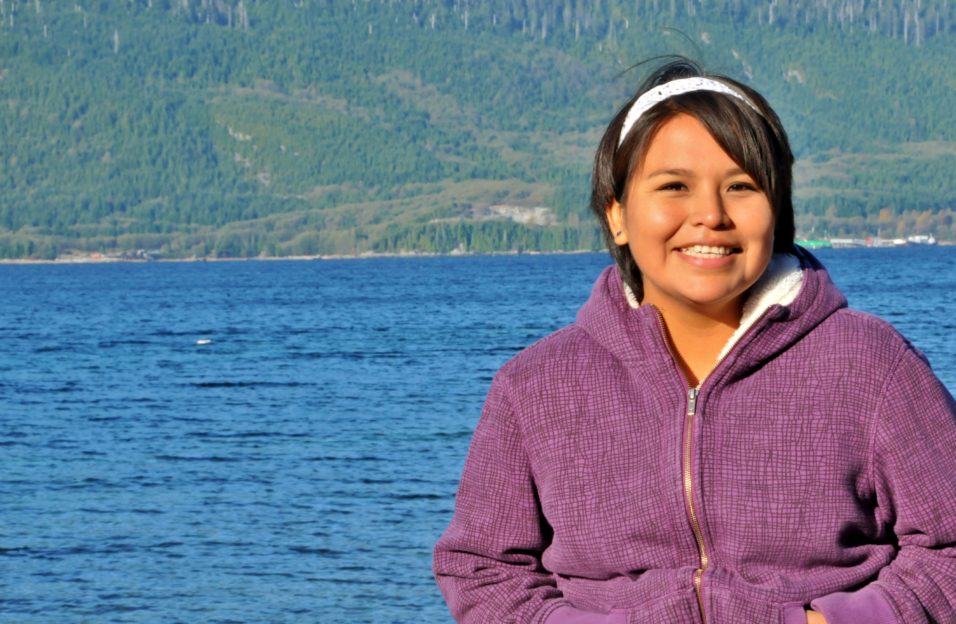 As part of their effort to seek federal government approval in order to build the Northern Gateway Pipeline, Enbridge proposed enhanced safety measures to offset the concerns of First Nations and environmental groups opposed to the project. CEO John Carruthers acknowledges the primary concern is a spill on land or in the marine environment and how quickly they could react to contain it.

The town of Kitimat, BC is the proposed site of the sea terminal that would collect bitumen flowing from the Alberta Oil Sands and load it onto supertankers that would play the Douglas Channel on their way to open ocean and overseas markets.  Like Haisla members Gerald Amos and Cecil Paul, many of the non-indigenous citizens of Kitimat are concerned about the environmental risks the pipeline poses, despite the economic benefits it proposes. Gerald and Amos have invited me to an event they’ve helped organize in the town’s only shopping mall.

If I’m going to be painted as a radical for worrying about my grandchildren’s future with respect to the food that they have at their disposal, then I’m prepared to be a radical. 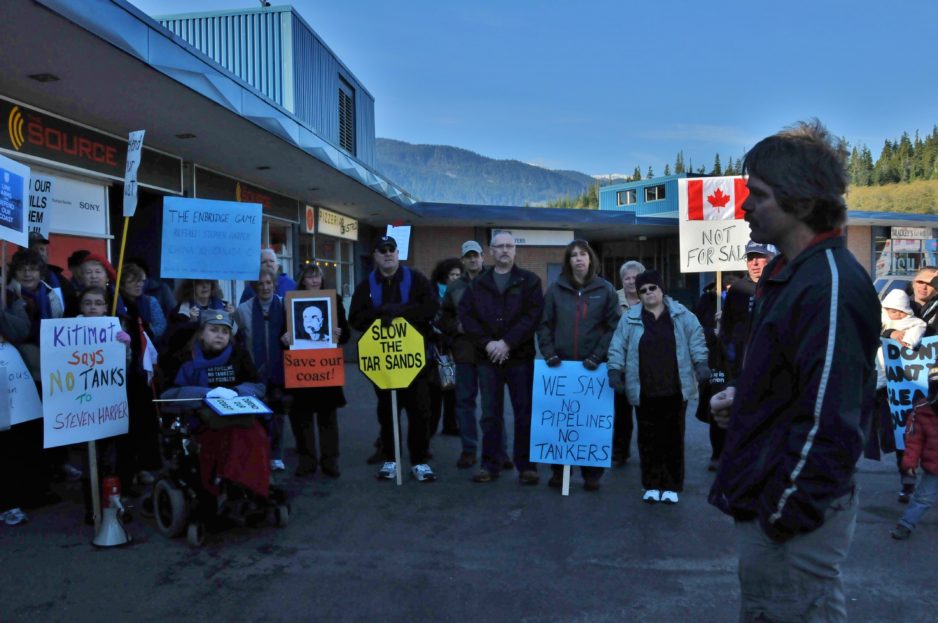 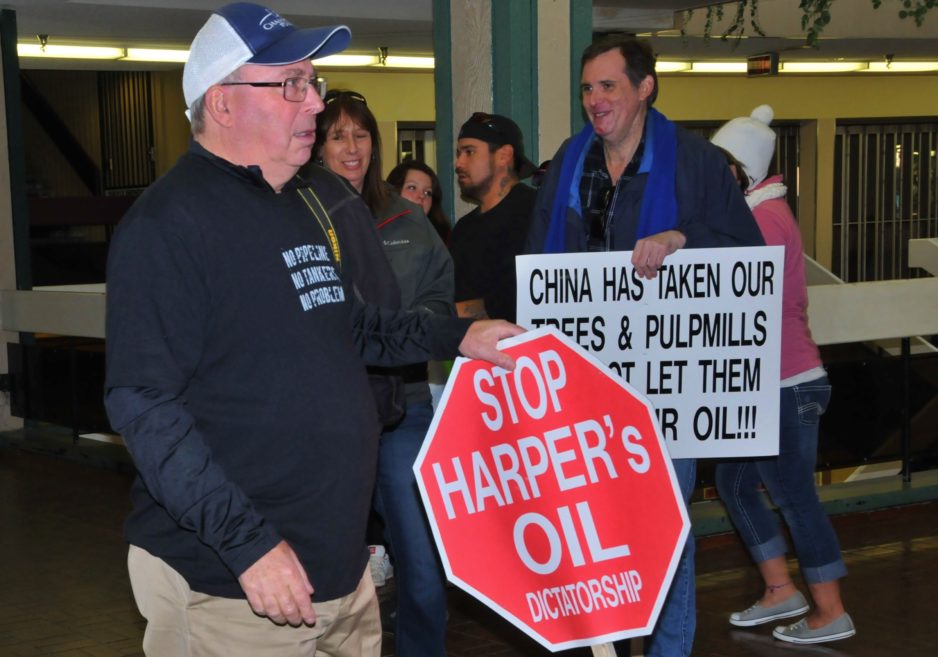 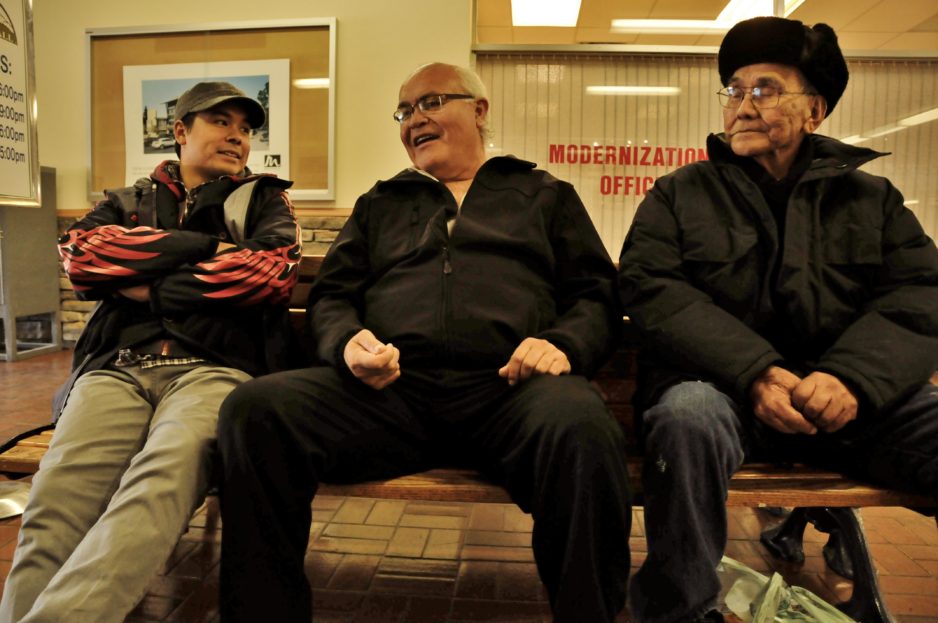 In November 2016, on the same day that the Canadian government rejected construction of the Northern Gateway Pipeline, the Prime Minister announced the approval of the Trans Mountain Pipeline expansion. Indigenous communities all along its proposed path to a sea terminal in Burnaby, BC continue to oppose the project.

NEXT: Journey with me to Ecuador