In Search of the ‘Mauri’

In Search of the ‘Mauri’

Almost 800 years ago, native Polynesians arrived on the shores of the Bay of Plenty, giving birth to the Maori, New Zealand’s first people.

The Maori believe an essential life force exists throughout the physical world.

They call it ‘Mauri’.

Since the first steps of man, Native peoples have shared a spiritual connection with mother earth; a belief that sustains us, shapes our cultures, and gives us faith.

My Name is Simon Baker and I’ve come to New Zealand’s largest city, to meet with Dr. Dan Hikuroa, an Earth Scientist and Research Director at the University of Auckland.

Dan is also conducting groundbreaking research with Maori leaders Colleen Skerrett and Tomai Fox who are fighting to bring life back to a sacred lake that has been destroyed by a pulp and paper mill. He believes modern science needs to consider Maori knowledge in order to restore the Mauri – the essential life force – to Lake Rotoiti Paku.

But can the Mauri be restored?

It’s a question that Dan has been invited to help answer.

Dr. Dan Hikuroa, Earth Scientist from the University of Auckland explains the concept of 'Mauri', the essential life force or energy that the Maori believe exists and binds all things in the physical world.

After a few days in Auckland I travelled to with Dan to meet Colleen and Tomai and other members of their ‘Iwi’, or tribe, in Kawerau, near Lake Rotoiti in the Bay of Plenty Region, on New Zealand’s North Island.

I am greeted with the ‘Hongi’, a common Maori greeting of touching noses and ‘sharing of breath’. Then, together, we make our way to a sacred communal gathering space they call a Marae, but before entering we must receive the ‘Haka’; a warrior dance performed before battle that has evolved to become a ceremonial Maori welcome. 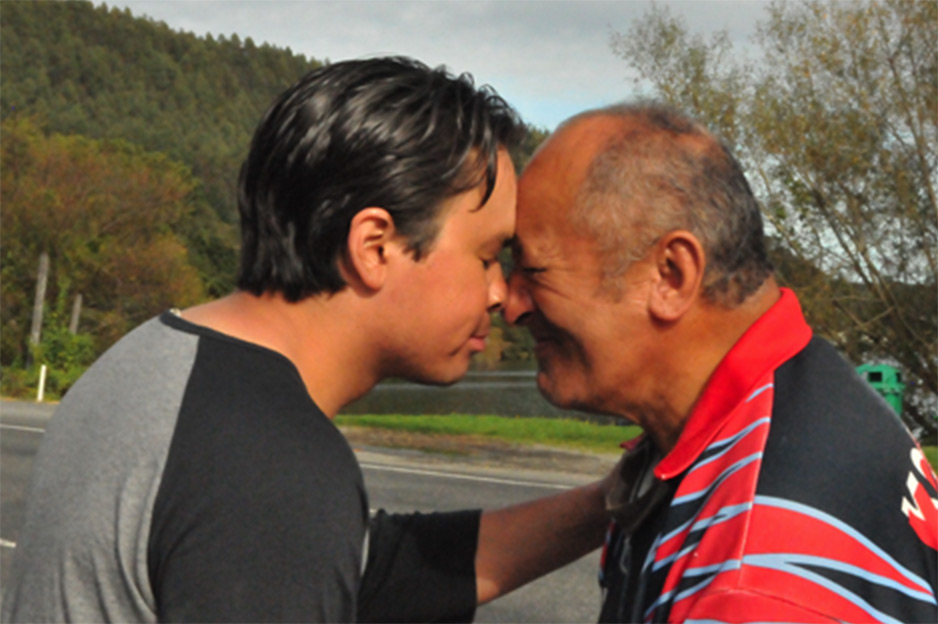 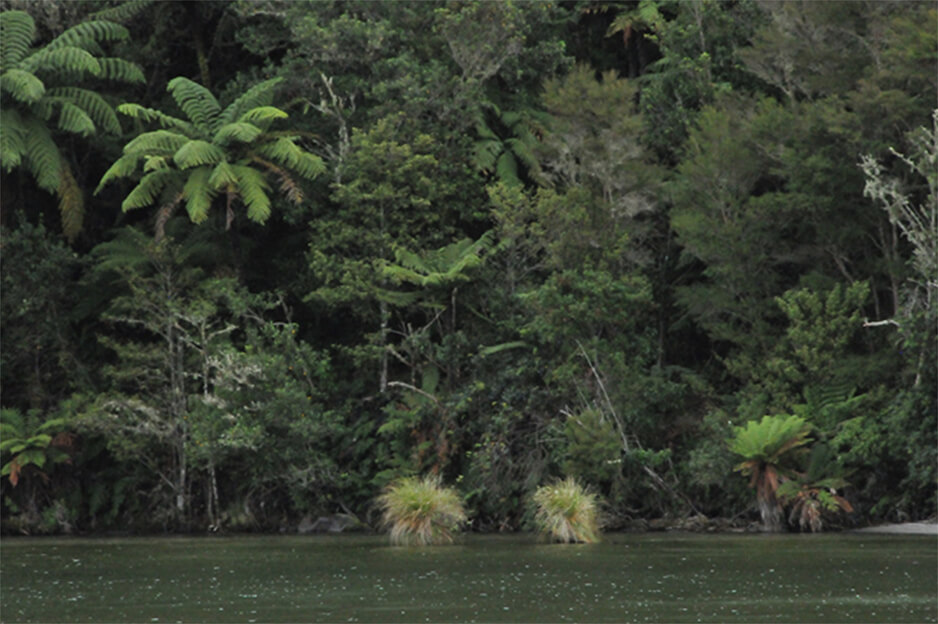 Show the warrior you come in peace, go forward and pick up the leaf, and be sure to look him in the eye when you do it.

Host Simon Baker receives a traditional Maori greeting as he is welcomed onto a 'Marae' in Lake Rotoiti. A Marae is the focal gathering place for any Maori Iwi (or tribe) throughout New Zealand.

My host instructs me “Show the warrior you come in peace, go forward and pick up the leaf, and be sure to look him in the eye when you do it.”

Inside Marae carvings, illustrations, and photographs cover the walls. These artifacts tell their community’s history. It’s called ‘Whakapapa’ and it traces genealogical lines going back generations all the way to present day.

I sit together with a dozen people from the community and they explain that history is a concept ingrained in their culture and that it is from here that they get their identity, and the knowledge that they belong. They tell me every Marae is a school. “It is where we learn about who we are, who we descended from,” says one woman. “We look at our meeting houses as our university.”

We look at our meeting houses as our university

This connection to the past through their family and environmental history is an important part of Maori education too.

A couple of days later Colleen took me to visit a Maori Kura school near Rotoiti.

Forty years ago, when Kura schools began to revitalize Maori education, the language was thought to be at risk. Today, Kura schools operate throughout New Zealand on a philosophy that reflects Maori cultural values. Through their language, students learn how they are connected to their ancestors through the natural environment.

At the elementary school I noticed that both the teachers and students speak Maori at all times. In fact, the kids told me that using English during school is actually against the rules and they had to make an exception just to talk me!

I watched them do their lessons, sing songs, and laugh. So cute! 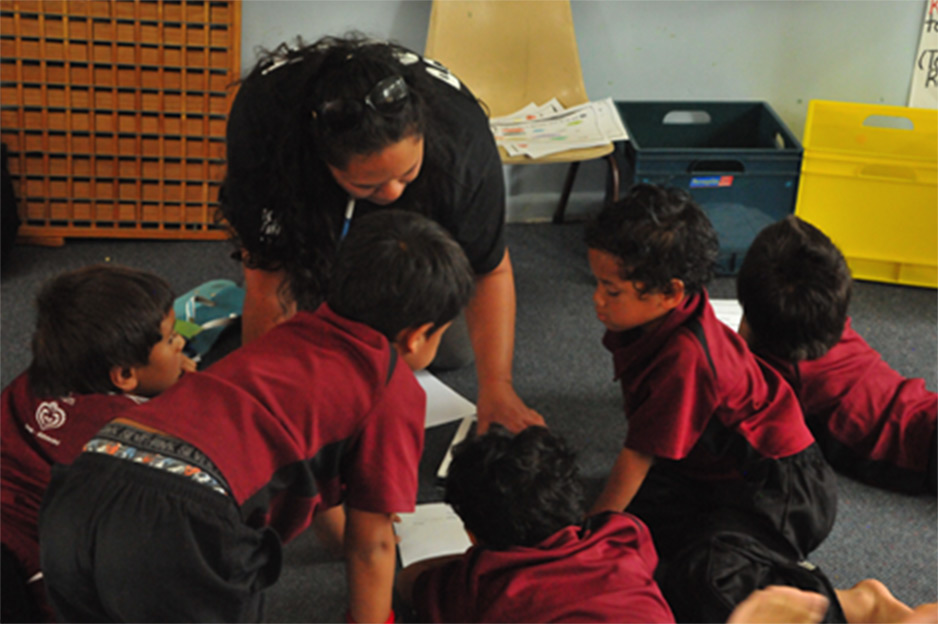 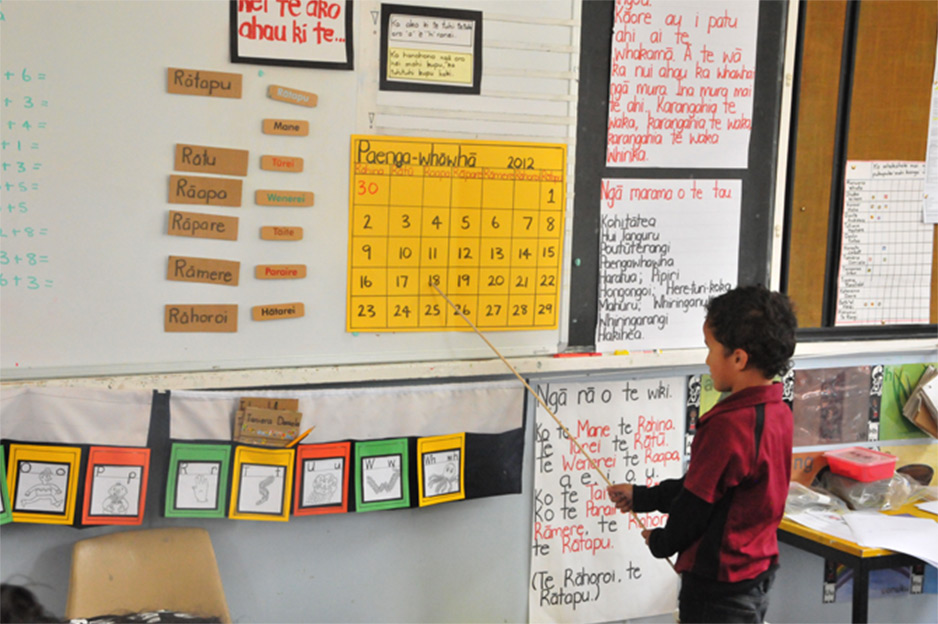 Students at a Kura school near Rotoiti. 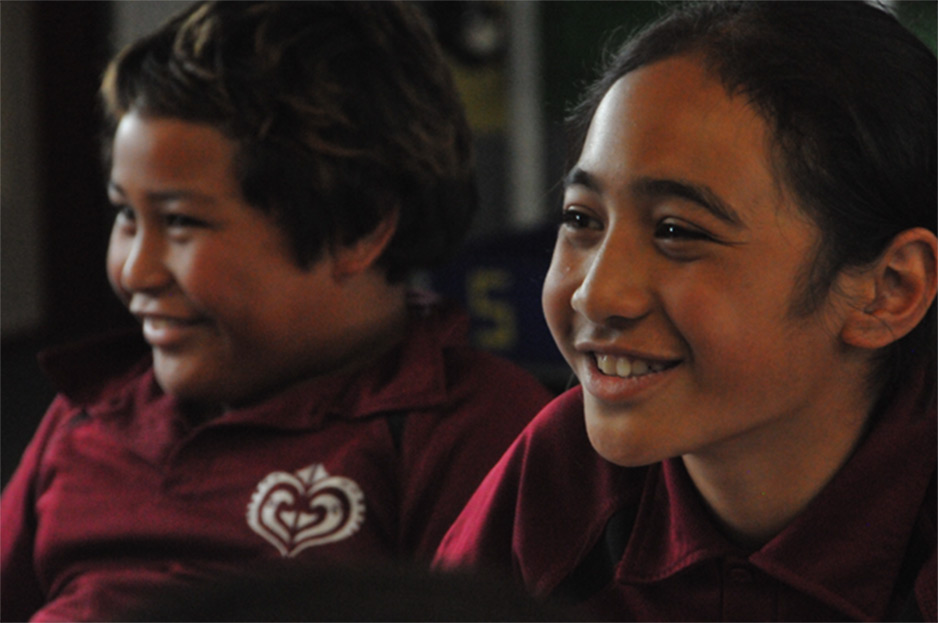 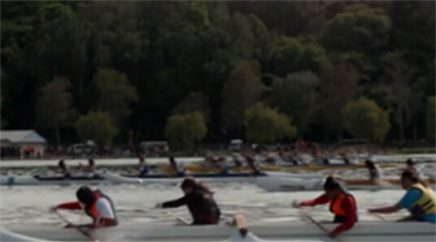 Simon attends the New Zealand high school paddling championships to see why canoe culture is so important to Māori youth.

Later that day we went and hung out with the high school kids who were competing in the national paddling championships. Clearly canoe culture is as important to these people as it is to my own.

Clearly canoe culture is as important to these people as it is to my own.

The Maori connect their identity from the past to present day, through their landscape – the mountains, rivers, and lakes that surround them. This idea became clear to me after I spent a day out on Lake Rotoiti with Paora Paul Te Rangi, a community and cultural leader, and his brother Nepiar.

They took me out on their boat to see their ‘maunga’, or mountain, called Matapaura. It’s where their ancestors are buried and as we passed by it they explained that in Maori culture a mountain or other significant landmark usually plays a dominant role in one’s identity.

After touring around for a while we did a few hours of Cray fishing, Maori style, and ended the day with a visit to one of the beautiful hot springs that dot the landscape.

These hot springs are part of a vast geothermal network in this part of the country and are as important to the people today as they were to the first Maori settlements.

It felt awesome to take a dip in them after more than a few days on the road.