The Rapa Nui people are synonymous with their Moai, ancient stone statues their ancestors built and moved throughout this remote Polynesian island.

How Remote is Rapa Nui?

My name is Simon Baker and I’ve come to Rapa Nui, more commonly known as Easter Island, the furthest inhabited place in the ocean from anywhere in the world. The first Polynesian seafaring explorers are believed to have arrived here roughly 1500 years ago, giving birth to a complex civilization that worshiped their deities through the almost 400 remaining ‘Moai’ – huge stone statues they carved and moved throughout this remote South Pacific island. Archeologists believe there were originally over 900 Moai however many have been destroyed or damaged by weather, earthquakes and tsunamis over centuries. Today, there are over 26,000 archeological sites that remain scattered across the Island making Rapa Nui the world’s largest open-air museum. 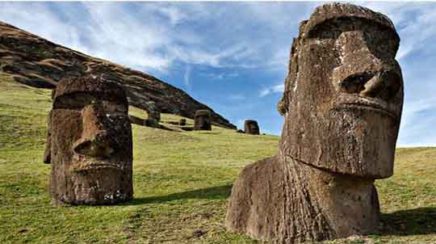 Lying almost 4000 kilometers off the coast of South America, Chile annexed Isla de Pascua (Easter Island) in 1888 but over a century later, the indigenous Rapa Nui have a strained relationship with Chile and mainstream Chilean culture. A growing independence and autonomy movement recently led to confrontations between the Rapa Nui, their self-proclaimed parliament and the government of Chile. At stake are the millions in annual tourism revenues Chile generates through the Islands national park and the Rapa Nui cultural sites that it administers. 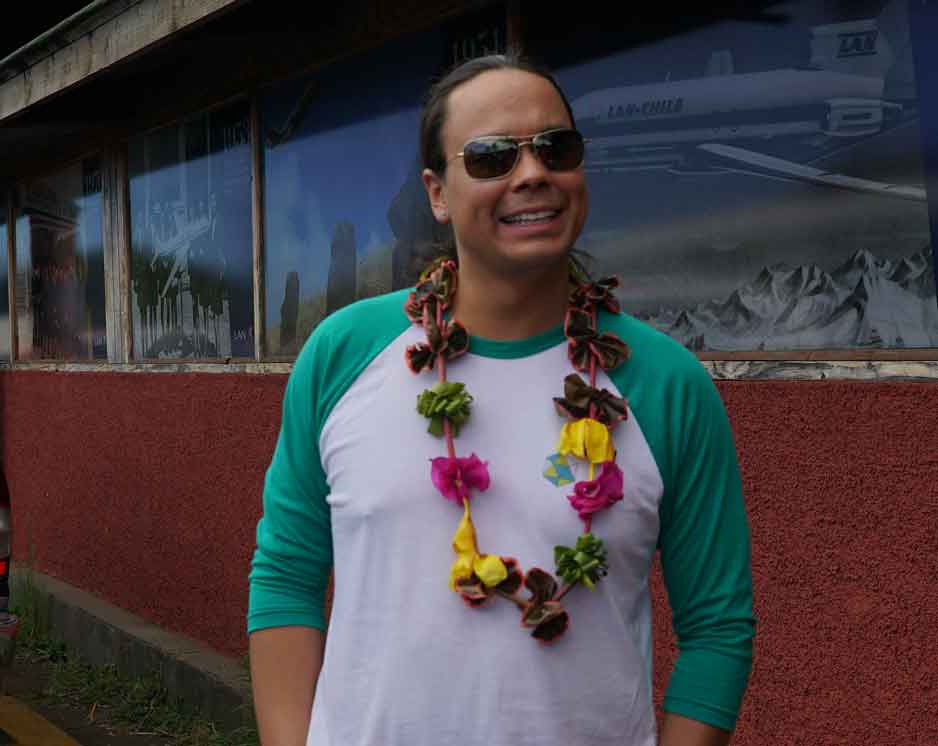 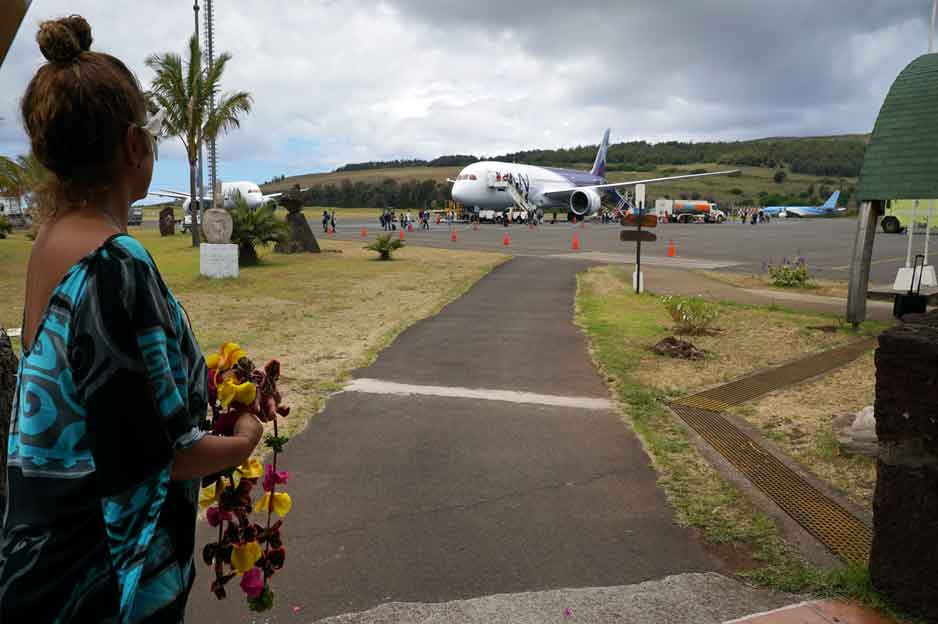 My host and guide Valeria Pakarati. 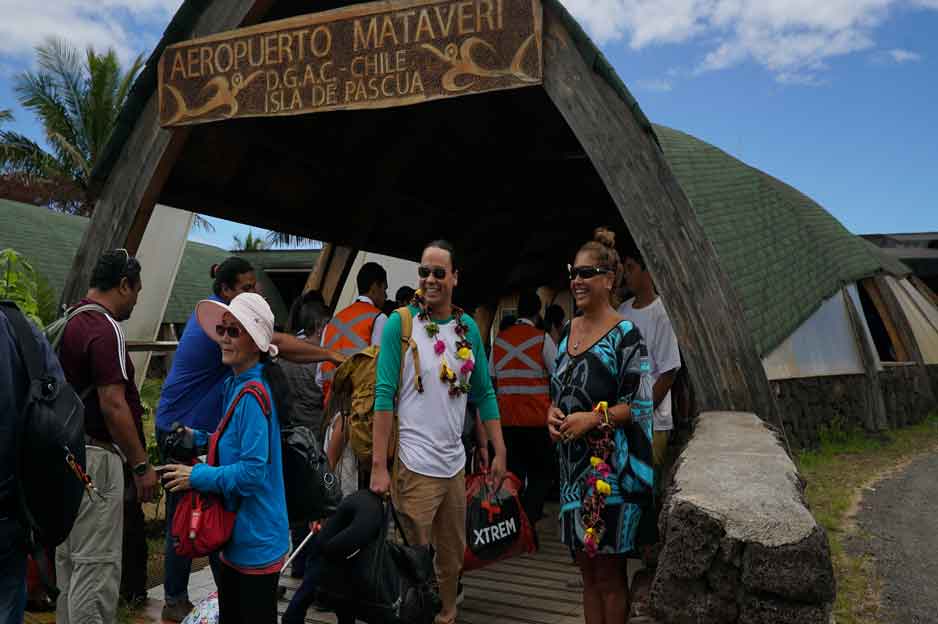 See a map of Rapa Nui

With the advent of air travel in the early 1960’s, the last fifty years has seen Rapa Nui grow into a modern day bucket list destination that each year draws greater amounts of foreign tourists. However, this exponential increase in tourism has been accompanied by growing immigration from Chilean nationals. The combined increase in population is now straining the Islands resources, creating new concerns for Rapa Nui’s sensitive eco-system and the protection of its vast array of archeological sites.

As the world creeps closer to Rapa Nui, and the global climate warms, the people of Rapa Nui face new environmental challenges for their culture and their Moai. 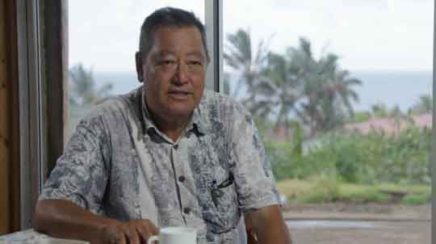 Today, the roughly 3500 indigenous Rapa Nui people living on the Island have become the minority so balancing the economic benefits of tourism against the impact on their cultural legacy has fueled the desire for greater autonomy. To get a clearer sense of how this tiny South Pacific Island and its indigenous people are being affected, my first stop on Rapa Nui is at the Mayor’s office.

About 100,000 tourists come (annually) and this obviously contributes to the economy. But as well as it contributes, it also damages the environment.– Pedro Edmonds, Mayor Rapa Nui

Just over a hundred years ago, the Rapa Nui people were almost extinct but today they are undergoing a cultural revival. 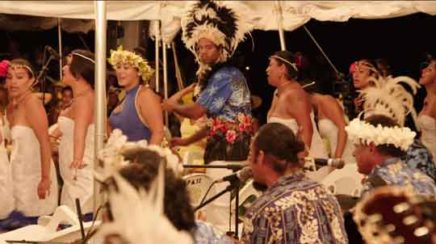 Get a Taste of the Tapati Festival

I’ve come to Rapa Nui just as this Island’s largest annual festival is about to begin. The Tapati Festival is a celebration of Rapa Nui history, traditions and culture that is the culmination of a yearlong competition between the Islands indigenous family clans. From the over 30 clans that participate in traditional cultural competitions throughout the year, the final two families remaining compete against each other during the two week long Tapati Festival for the title of King and Queen of the Island. Tapati is the highlight of Rapa Nui’s tourist season that now attracts over 10,000 foreign visitors to observe traditional, cultural and athletic events that have been practiced and passed down from generation to generation. 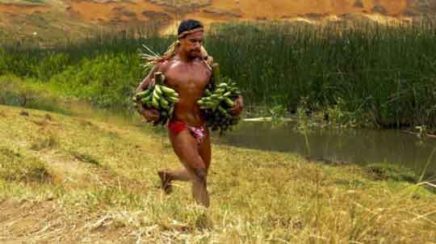 Learn more about the Tapatio Festival

We could have disappeared like many indigenous groups that have been colonized but our genealogy, our ‘Mana’, our resilience is so strong that today there are 3000 of us. The systems in place treat us like we’re less, but here we are – the children of the Moai. – Valeria Pakarati, Rapa Nui Tour Guide 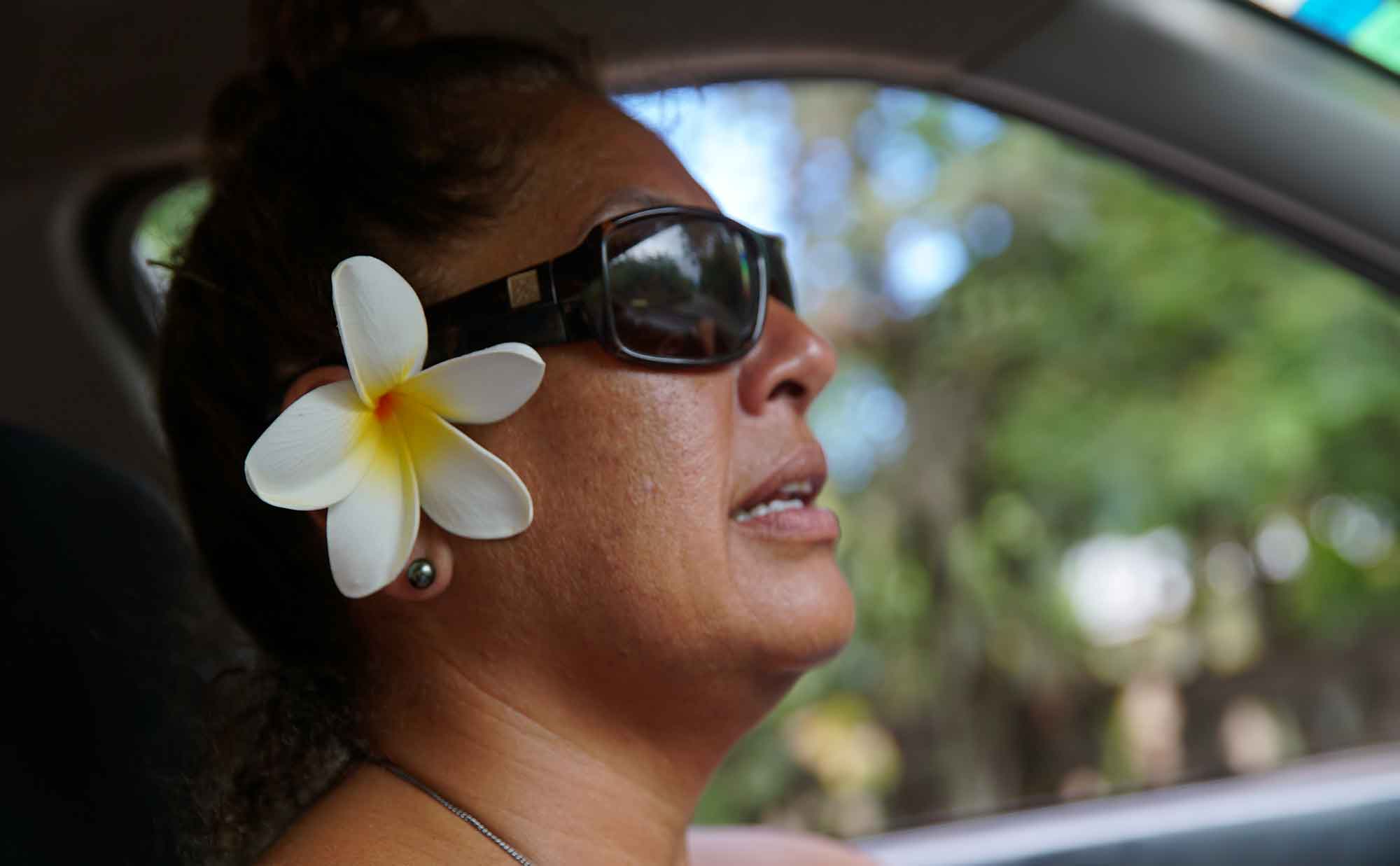 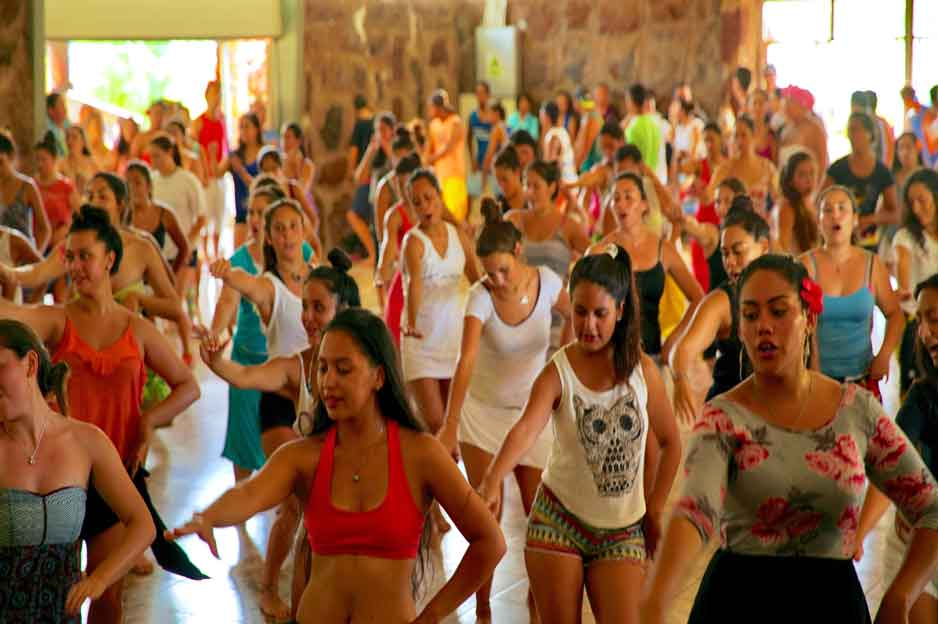 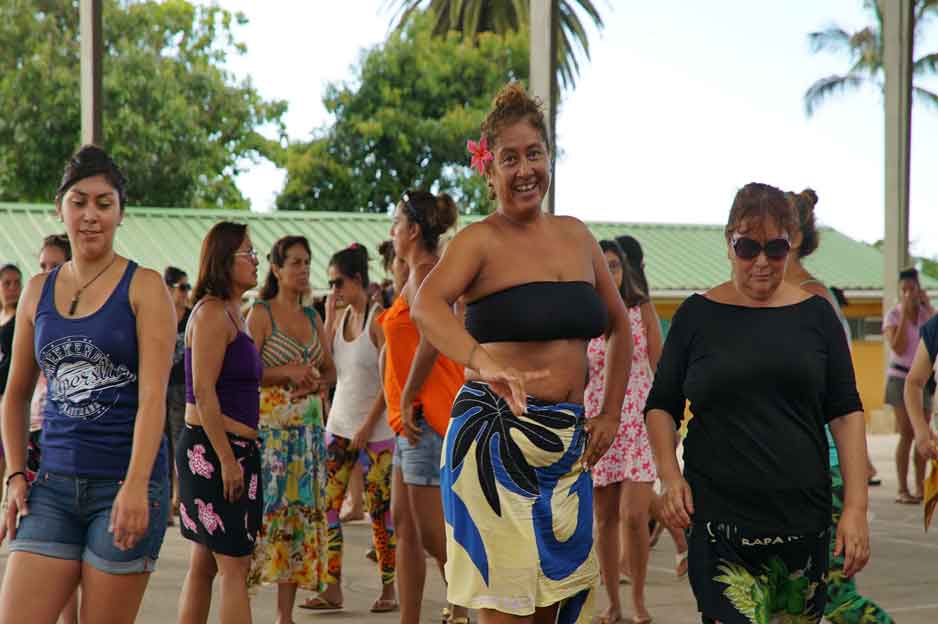 Valeria Pakarati is a leader in her family clan who like many indigenous Rapa Nui, relies on tourism to make her living. For the next two weeks Valerie is going to be my guide and interpreter on Rapa Nui and I’m thankful she’s opening the door to her home, her culture and family. As one of the heads of her clan, Valeria is heavily involved in the yearlong preparations that culminate in the Tapati Festival held every February. To get a sense of just how big and important Tapati is to the Rapa Nui, she is taking me to see one of her families final dance rehearsals. 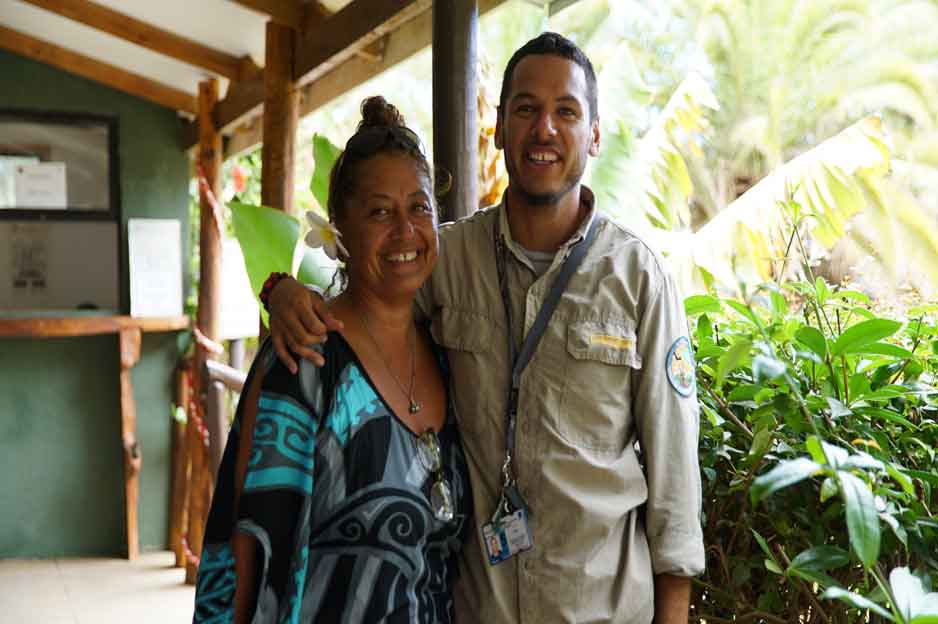 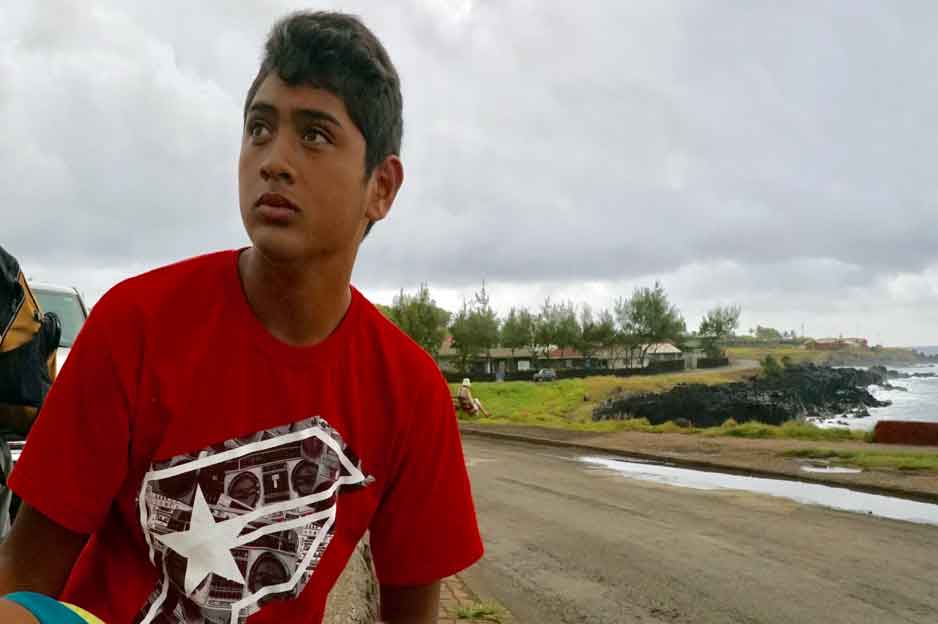 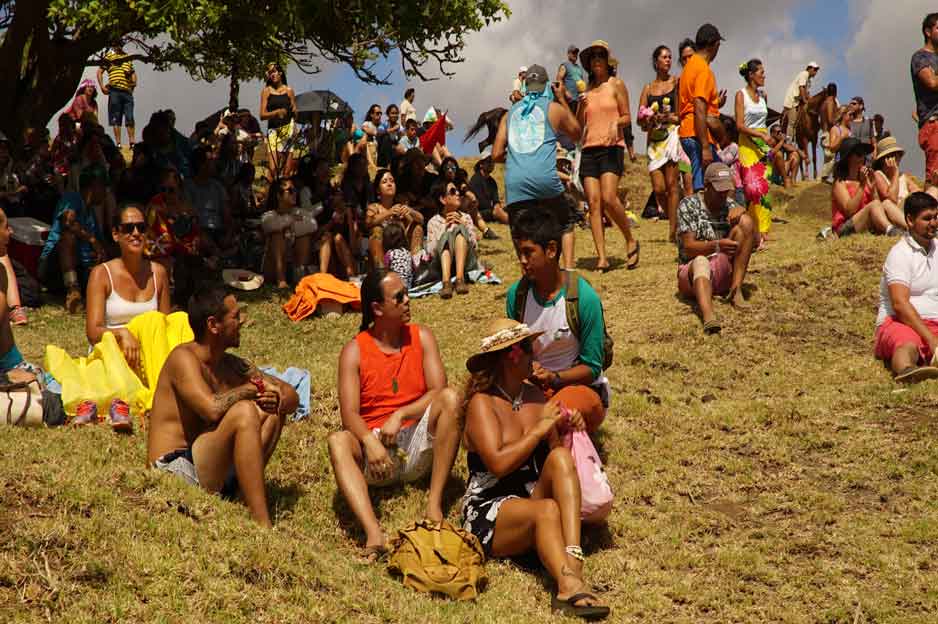 I feel for myself, for the people from here, it’s my responsibility and people around me to get the foreign people, the tourists, to respect my home. And when I talk about my home I talk about the Island because the Island is my home.– Kava Pakarati, Park Ranger, Rapa Nui National Park

Like their mother, Valeria’s two sons are equally passionate about their Rapa Nui heritage and culture. Her oldest son, Kava works as a guide in the national park that comprises roughly half of the Island and contains numerous Moai and archeological sites. Like most Rapa Nui men, Kava embodies his culture by training year round for the series of traditional athletic events that take place during the Tapati Festival. Valeria’s youngest son Kainoa is still in high school but already he’s become a renowned musician and practitioner of traditional Rapa Nui music. 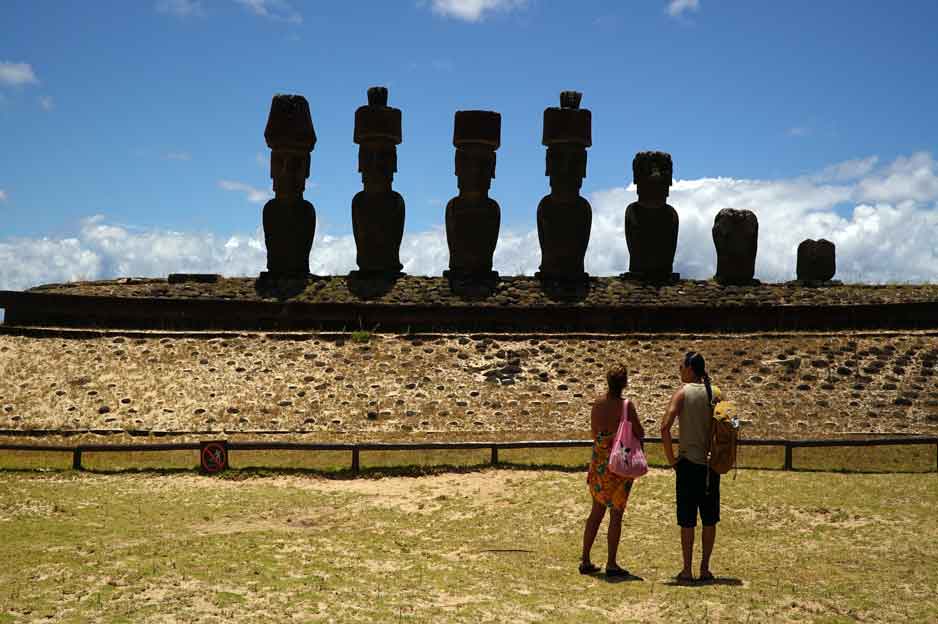 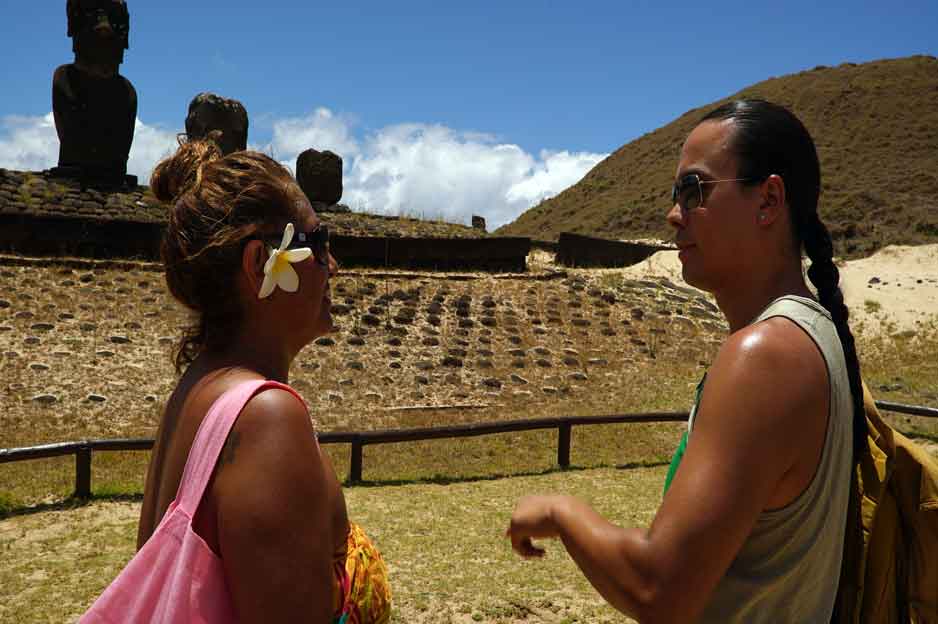 Anakena – Bay of the King Hotomatua. 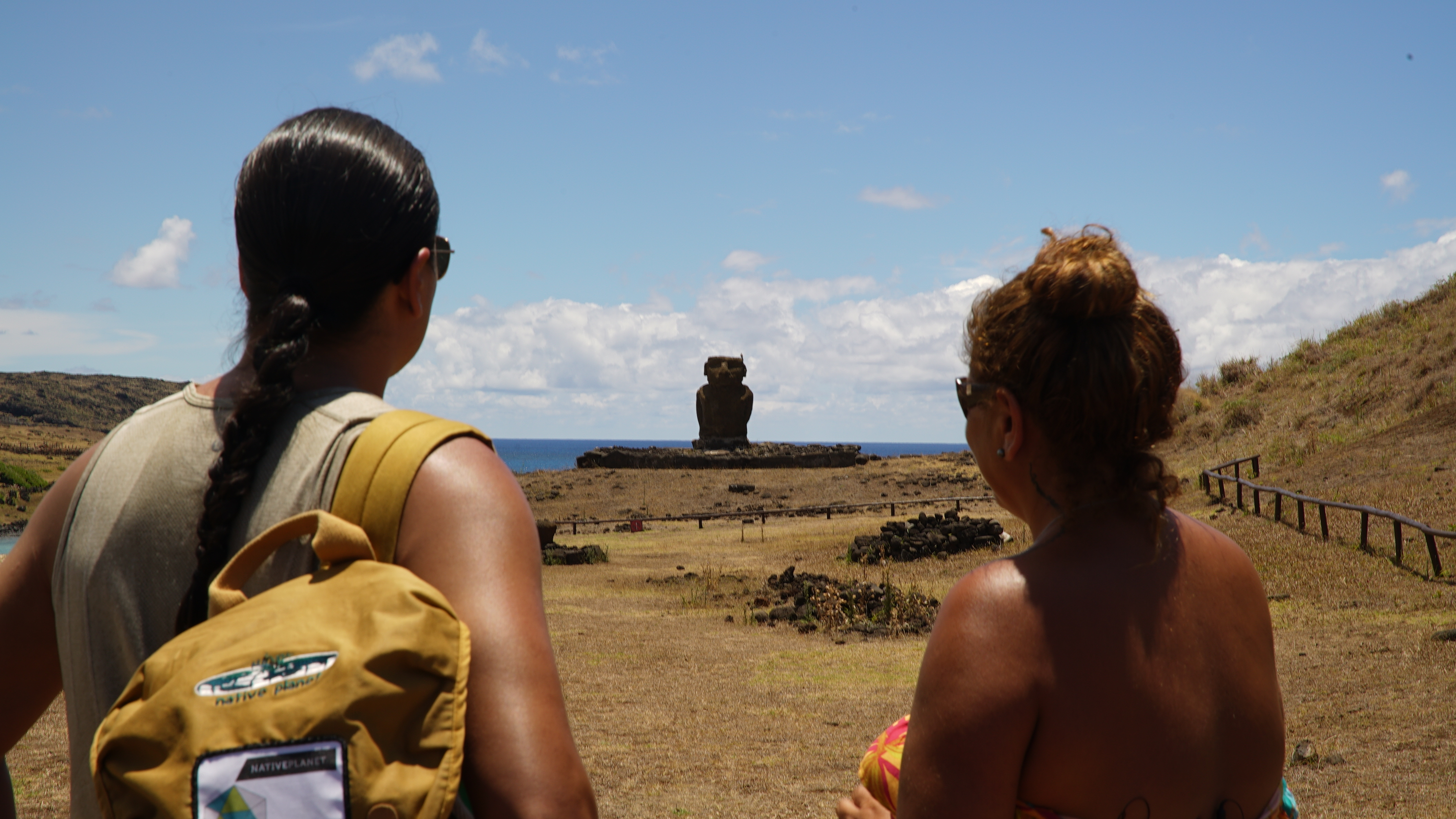 Even though it’s Valeria’s one day off in what is Rapa Nui’s busiest tourist season, she and her son Kainoa want to take me to Anakena, one of the most important and sacred cultural sites on the Island. Here, the first Polynesian seafarers set foot on Rapa Nui, giving birth to a complex civilization that despite famine, wars and hardships over centuries, continues to sustain itself in one of the most remote places on the planet.

Anakena, one of the most important and sacred cultural sites on the Island.